At Derby High School, we love music - playing it, listening to it, composing it, thinking about it and most of all sharing it. We had a wonderful musical evening last night. Watching the performers was to see genuine excitement and real joy in what they were doing. It reinforces the importance of music, as a means to be creative, but also as a very effective way to express emotion. The standard of performance was incredible ranging from our Year 1 and 2 choir to a variety of ensembles and orchestras. My thanks to Mrs Cooke who leads our music provision with enthusiasm and care, bringing the very best out of our pupils. 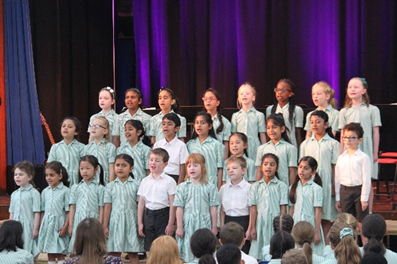 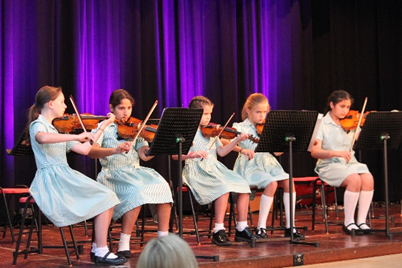 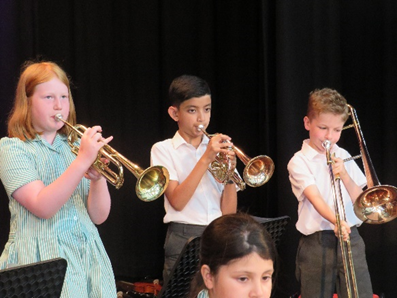 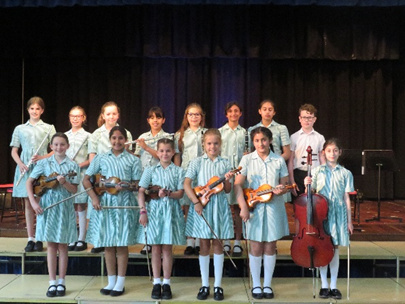 For more photos of the concert please visit the Primary gallery on our web site, click here.

On Friday 10th June we held our annual Primary Sports Day.  It was a wonderful sunny day. Well done to all of the children for bringing lots of enthusiasm and demonstrating brilliant teamwork. Although, at times the children were competing in individual events, they were all working as a House team and supporting each other throughout the day.

Thank you to all the parents who came to support the day, it was fantastic to have you as our spectators!

To read the full story please visit the new page on our website by clicking here. 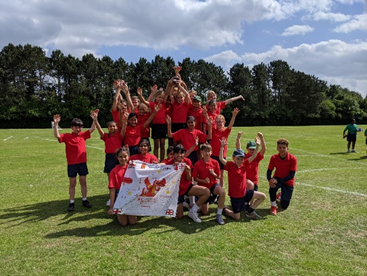 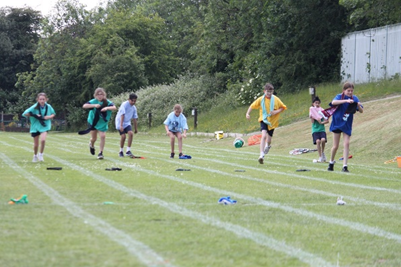 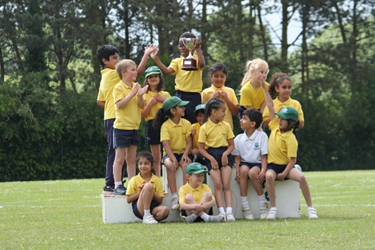 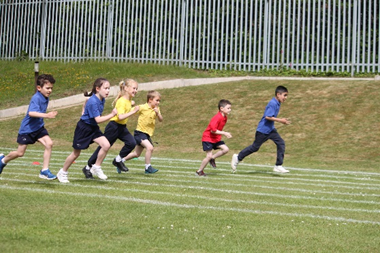 On Saturday 11th June, three Year 6 pupils swam in the iAPS National Swimming Finals at the London Aquatics Centre. This event sees 40 qualifying galas organised throughout the spring term with more than 400 schools entering the competition. The fastest 1500 swimmers are invited to the national finals at the London Aquatics Centre in June, which is supported by 3000 spectators on the day.

Having qualified by coming in the top twenty nationally for each of their events, George, Alice and Amelie were excited to reach the finals and to swim in the pool which hosted the 2012 Olympics.

All three children swam which such determination and skill, successfully swimming their heats and reaching the final of the finals! 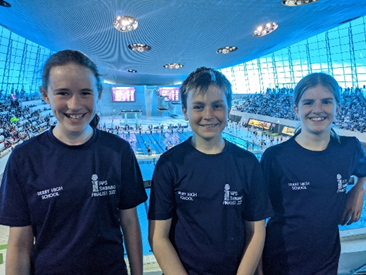 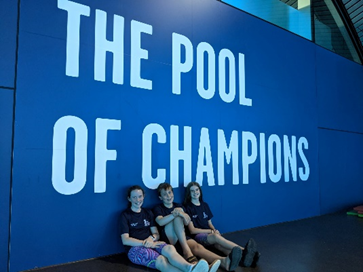 This week in our Games afternoon, Y5/6 all took part in a competitive game. We had an away team playing Destone at hard ball Cricket, 4 Kwik Cricket teams playing at home against Destone and an inter-school rounders competition all happening on Tuesday afternoon. It was a glorious day and perfect conditions for both rounders and cricket. Our 4 teams playing Kwik Cricket at home scored many runs, many 4s and lots of 6s. It was brilliant to see our children working together on the field and supporting each other when facing the bowler. All four Derby High School teams won their tournaments, with just one game lost out of the 8 played, by just 1 run during a super over that was played as both team finished on draw. Well done to all four teams for winning your tournaments.

The U11 cricket team, played Denstone 1st eleven in their first ever game of 'hardball' cricket for the school.  Fielding first, we managed to restrict Denstone to 71-7, with the wickets being shared amongst the team.  In reply we scored 72-0 in 15 overs.  Rory, Cory, Amaad and Ismail all retired unbeaten in the Derby High Innings.  Congratulations to everyone involved, a very impressive start. 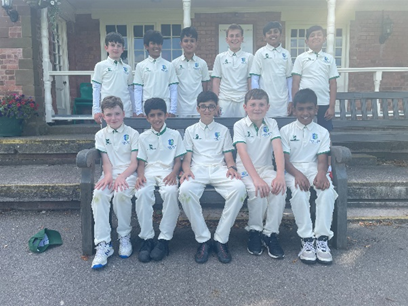 On Tuesday, a selection of Year 5 and 6 played an inter-school rounders competition. There were plenty of rounders scored and some games were very close, with only half a rounder in it. Each of the three teams won at least one game and there were points awarded for losing within 5 rounders of the other team. It was a lovely afternoon spent playing rounders in the sunshine.

This week our U11 cricket team played in the second round of the DCCT Kwik Cricket Festival. Derby High was the host school and 4 teams arrived to play in the round robin format, playing 20 balls per innings giving each batting pair a 5 ball over.  Our first game was against Homefields. Amaad opened the bowling, followed by Jai, Adi and Corey. Both Jai and Rory took wickets in that game, but unfortunately Homefield won with a final score of 56-42 runs. Our next game was against Silverhill. Our bowlers for this game were Ismail, Khyan, Samjot and Rory.  Amaad opened the batting and scored a 4 on his first hit. We won that game a 37-27. Our final 2 games were against Walter-Evans and Oakwood, both very strong teams so far in the competition. We lost to Walter-Evans 28-35, but finished strong with a 69-25 win against Oakwood. Over all finishing 3rd in the competition. We demonstrated some promising bowling and batting throughout the tournament and can take away areas to improve in our fielding performance, to work on in practise. 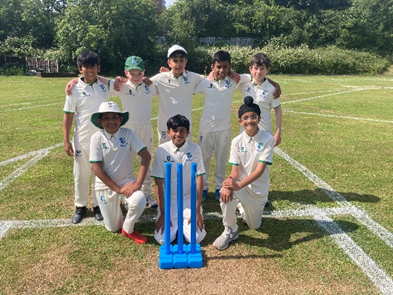 Well done to our U11 Cricket team who took part in the DCCT Kwik Cricket festival. They won all of their games, progressing into the next round of the competition. All of the girls worked together on field to take many wickets throughout the competition, catching, running and bowling their opposition out. Then when it came to batting, it was another successful innings. We scored over 100 runs in more than one of our 5 games and kept way ahead of our competitors in all of our games. Fantastic to see and it was a pleasure to host the competition. 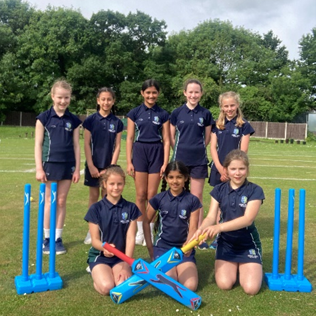 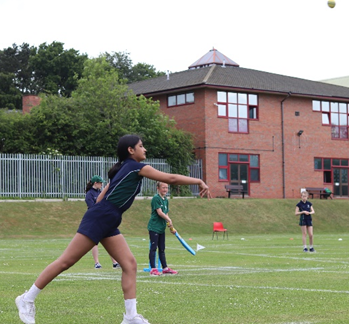 Congratulations to Ruby (Year 6) for being selected to be Captain for the Derbyshire U11 cricket team next Thursday. Ruby has been playing at Derbyshire U11 fixtures, her last games report against Leicestershire can be read here. 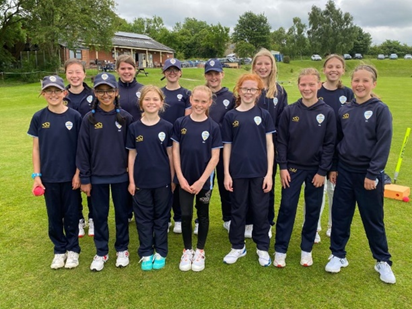 During and post-lockdown the app Discord has become hugely popular, including with Years 5 and 6 children. Historically usage was related to gaming, where young people would play online games together and discuss the game within the Discord app. But no longer, it's basically being used as a messaging system similar in many ways to WhatsApp. As with many apps there is no age verification and there is lots of 18+ content, including children setting up their own servers (chat rooms) and allowing anyone to enter. The safety features within Discord are unsurprisingly limited but there are some you can view HERE for information.

The primary concern that comes from parents when I'm delivering training sessions to them is in relation to content and the inability to have much control over what their children see. YouTube (Google) have been updating some of their features over the last year and I think these changes are very positive. To help parents understand more about these features and how to use them I have compiled 5 short videos (from YouTube) onto one page covering:

Feel free to check THIS link for the videos.

Whilst I do not want to dwell too much upon the unprecedented challenges of the past two years, I do want to share with you my admiration for the courage and resilience that all members of this community have demonstrated. As we now begin to emerge from the other side of this crisis, we do so in the sure knowledge that those bonds which have been forged in adversity, have only served to enrich and intensify our relationships with one another. We have inspired each other to live with hope and face the future in the sure knowledge that we are now in a stronger position than ever before.

Whilst I do not want to dwell too much upon the unprecedented challenges of the past two years, I do want to share with you my admiration for the courage and resilience that all members of this community have demonstrated. As we now begin to emerge from the other side of this crisis, we do so in the knowledge that those bonds which have been forged in adversity, have only served to enrich and intensify our relationships with one another. We have inspired each other to live with hope and face the future in the sure knowledge that we are now in a stronger position than ever before.

It’s hard to pinpoint a more fun-filled, yet frenetic, part of the school year than the last half of the summer term. Exam season is officially over – a huge well done to all students who sat exams this season. Attention now focuses on our end of term events - Activity Days, Exhibitions, Concerts and Induction Days.

This half term is always such a busy and exciting time. Attention now focuses on our end of term events – Productions, Exhibitions, Concerts, Induction Days and Prize Giving. On Monday, we welcomed our 72 new Year 7 students to the Senior School. Moving to secondary school is an exciting time for Year 6 pupils who are now beginning to feel ready to become more independent, make new friends, experience new learning opportunities, develop more skills and take on more responsibility, but it can also be a time of apprehension and anxiety as everything is new, bigger and different.

Derby High School was excited to hold another student Activity Day on Wednesday 29th June. The school invites a range of people to host interactive sessions in school, and this year’s guests included the famous voice actor Marc Silk, Joliba Drums, Ian Harrison from Dragon Freestyle and members of the Army.