I am delighted to announce that Mr Richard Gould has been appointed to the newly created role of Assistant Head (Academic) in Primary. Mr Gould will take responsibility for managing curriculum, assessment and reporting, joining Mr Harper and Mrs Youngman, Assistant Head (Pastoral) as members of the Whole School Leadership Team. The Leadership Team has been expanded as a consequence of the growth in numbers in Primary over the past few years.

Today we are auditioning Year 6 pupils for Senior School scholarships in Music, Drama, Sport and Art & Design, with our specialist staff being most impressed by the high standard and enthusiasm of the applicants. Currently, we have a record number of children sitting the Year 7 Entrance Exam on January 24th, which means that for the second year running we are planning for a 3 form entry in Year 7. We are currently full throughout years 7-11, with waiting lists operating. Whilst we are expanding, we are not compromising on class size, being aware that parents are often choosing us because of relatively small class sizes.

We are very much looking forward to welcoming parents to our first in-school music Primary Teatime Concert next week. It is wonderful to be able to showcase the excellent musical talents of our pupils in these concerts and for the first time in two years, to welcome parents back to watch. This is the first of a number of concerts and productions this term.

We are looking forward to our charity events next Friday. Parents have been sent a HighPost this afternoon with full details. The School Council, along with our Y6 Charity Representatives, have decided that we will be supporting the Rainbows Hospice on our Primary Charity Day. Thank you in advance for supporting our first charity event of 2022. 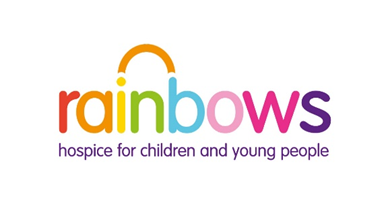 The woodland wizards have been out having fun and working hard this week making clay faces on the trees at the front of the school. 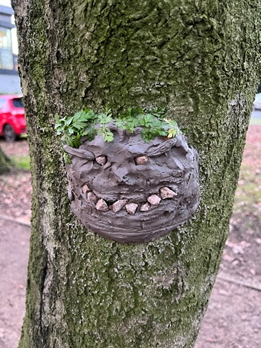 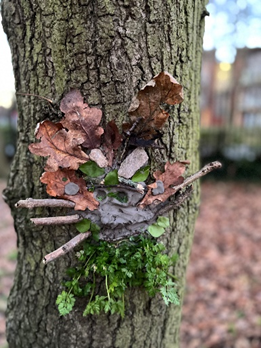 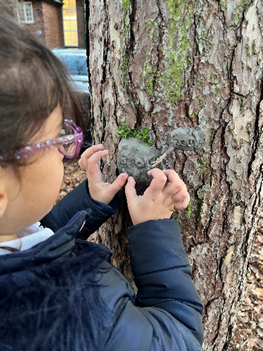 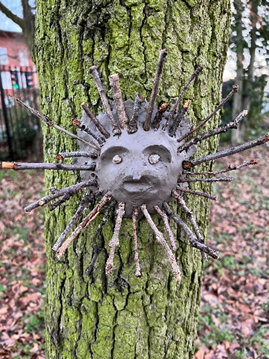 Do take a look if you are visiting school, taking care to tread carefully on the Conservation Area. They are placed in the woodland area at the front of the school.

This week we welcomed St Anselms to our school to play a U8/9 Netball fixture. This was the first netball fixture of the year for some of our children and a fantastic chance for them to play some friendly, but competitive netball.  We often play a High-5 version of netball at this age, which has recently had a revamp from England Netball to ‘Bee’ Netball.

St Anselms requested to play 7-a-side which gave our children an opportunity to play a competitive game with all 7 playing positions. Although we lost our game, we worked really well as a team, listened to the advice of both umpires and had a great time playing a fantastic sport. Well done to all of the players who took part. 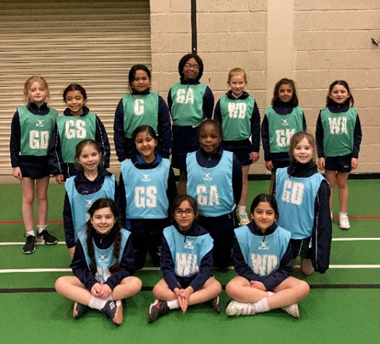 On Saturday, a Y6 netball team played in Repton Prep School's U11 tournament. There were 11 teams altogether, playing in two groups. DHS played 5 matches in their group, all of which were closely contested, resulting in close final scores. All players showed considerable versatility, having to change position frequently according to the new England Netball rules for 'Stinger' netball. This was a great opportunity to experience a large tournament and to develop as a team. Despite not managing a win, they showed resilience and a strong collaborative team spirit. 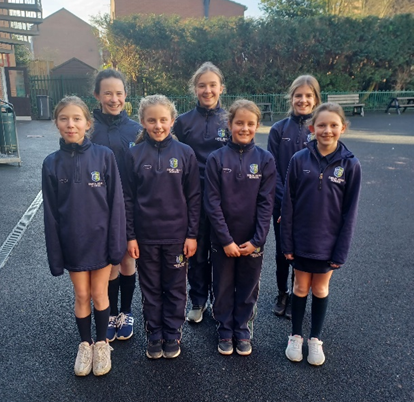 Last weekend, seven Derby High students performed in the spectacular show, “A Hard Day’s Night” at Derby Theatre with The Tiptoe School of Performing Arts. They showcased their skills in ballet, tap, modern, street, acro and musical theatre in three amazing performances where they all danced their hearts out and shone so confidently. The students have all worked so hard towards this show and after having their annual show cancelled last year due to COVID, they were all extremely excited. For Joshua (Y1), this was his first ever performance and despite being nervous, he was amazing!

Mrs Ley, Mrs Martinez and Mrs Liddle were at the theatre all weekend with their own children and they were all extremely proud of all the Derby High Students. 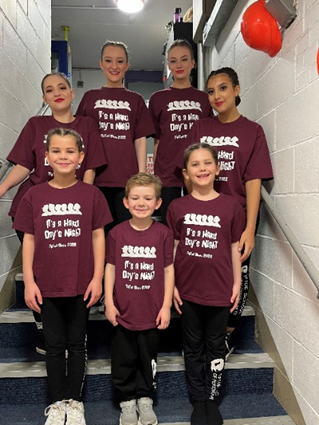 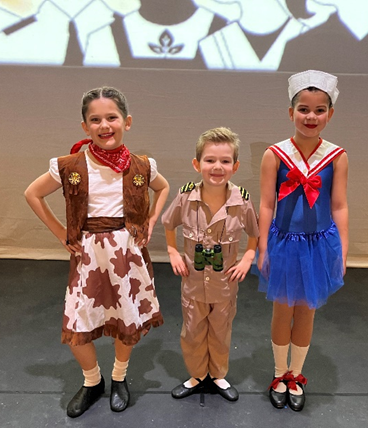 Is Your Child Ready for Social Media?

The ThinkUKnow team at CEOP have written a great new blog post to give advice and guidance regarding social media. It's a nice, simple, quick read going into the risks, considerations for whether the child is ready, minimum age requirements and more.  We are aware that a lot of our students are using apps at a much younger age than is recommended, so it is worth familiarising yourself HERE.

An excellent new resource from Internet Matters gives information, facts, support and advice in relation to scams on social media. We can all be scammed and the techniques used are often quite simple. You can find the information on the Internet Matters website HERE.

Supervised Experience builds on the historic Restricted Mode, which is essentially a filter allowing users to block content which is deemed for adult users only. There are now 3 filtering levels which are:

Importantly, parents manage these settings from their own device via Google Family Link.

There's a really simple and helpful guide HERE. It also includes a walkthrough video (under "Supervised Accounts on YouTube - How do I Get Started?".

This week in the calendar is always full of mixed emotions as Year 13 enjoy their Leavers’ Celebrations and Year 11 go on Study Leave. For both year groups their educational journey changes path, with Year 11s looking forward to life in the Sixth Form where they will experience greater freedoms, which come hand-in-hand with greater responsibility. Kindness, a belief in the importance of every individual and their voice, the determination to have a positive impact on the world around us, these values are what makes Derby High special, and they are what makes each of our leavers special.

This week in the calendar is always full of mixed emotions as Year 13 enjoy their Leavers’ Celebrations and Year 11 go on Study Leave. For both year groups their educational journey changes path, with Year 11s looking forward to life in the Sixth Form where they will experience greater freedoms, which come hand-in-hand with greater responsibility. Kindness, a belief in the importance of every individual and their voice, the determination to have a positive impact on the world around us; these values are what makes Derby High special, and they are what makes each of our leavers special.

The exam season is finally underway, after 2 years of teacher assessed grades. The students are well prepared despite the disruption caused by the Covid pandemic. The weather is looking promising for this weekend’s Bronze Duke of Edinburgh expedition. We are delighted to see a return to activities outside the classroom. Our Year 10 Geography students have been out this week on a residential fieldwork trip to FSC Preston Montford in Shropshire. Over 2 days the students learned a variety of human physical Geography data collection techniques. It was fantastic to be able to run this trip for the first time since 2019. Many thanks to all staff involved with these trips; planning, preparing and accompanying our students with enthusiasm and expertise.

In my Primary assembly yesterday, I asked the children to be like Atlantic salmon. Atlantic salmon are both resilient and determined. They spend most of their life at sea, but make an epic journey back to the river or stream where they hatched so that they can lay their eggs, which could be a journey of 1000 miles. Not only do salmon travel a long way, they also need to swim upstream to reach the river or stream where they hatched. Salmon can be spotted jumping over weirs and waterfalls to get to their destination. In fact, they have been known to leap vertical obstacles more than 3 metres tall. Swimming against the flow of the stream, the salmon have to work hard to keep going, even though the water puts pressure on them.

It was wonderful to welcome our students and staff back this week, filling the school with lovely chatter and laughter. In our Start of Term Assembly on Monday, Chaplain Jo talked about motivation and we reflected on the importance of dreaming big, setting goals and taking action. Dreams, whether big or small are really valuable as they help us to feel inspired and motivated, but it’s important to set smaller, manageable goals to help us move towards making our dreams a reality. Goals are all very well, but having them in our minds or on paper is not enough and it’s vital that we take actions if we are to move forward.