As the curtain comes down on another successful term at Derby High, I would like to record my sincere thanks to you all for your support for the school throughout another incredibly busy and exciting term. And a special thank you to our brilliant staff across all age groups and subjects who have enthusiastically supported each and every one of our pupils.

This morning’s Carol singing, where the whole school, with 600 boys and girls aged 3-18, came together outside was simply joyous. I do hope you were able to hear the broadcast on the Radio Derby breakfast show, with interviews and singing. If not, we have added links to the key moments on Twitter and Facebook. Hymn singing has been a very special tradition at Derby High, so not being able to come together for almost two years has been really sad. Our Senior Choir and a small group of Senior musicians led the school in singing three beautiful carols in the school grounds. Particular highlights were the solo performance by U6 student Charlotte, of the first verse of Once in Royal David’s City and our Primary pupils singing the first verse of Away in a Manger. 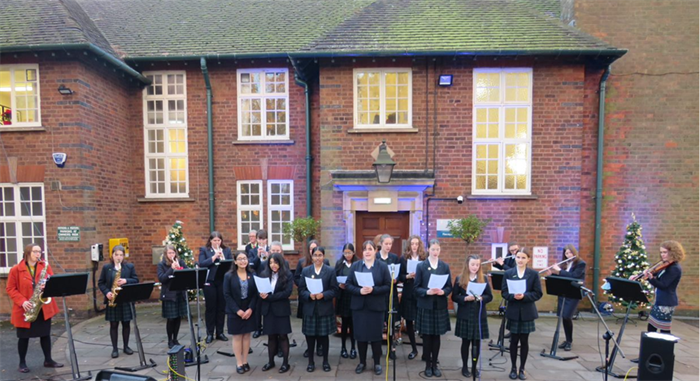 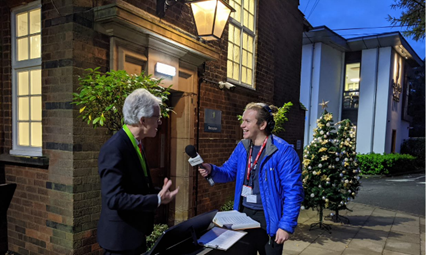 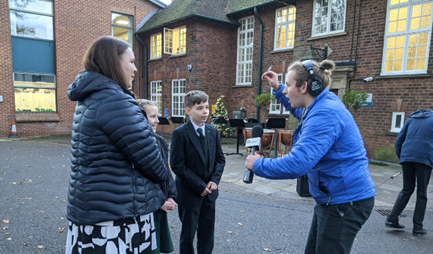 Although we have not been able to welcome families into school this term for our usual performances, we have really enjoyed sharing performances via video links. Pupils have enjoyed preparing, rehearsing and recording a variety of events. It has been particularly impressive to see the variety of groups, ensembles and choirs. All being well, we look forward to welcoming everyone back into school next term for these performances.

Our U6 students have worked particularly hard this term. I have very much enjoyed meeting with every U6 student as they prepare to submit their university application, via UCAS. It is always incredible, hearing about the variety of courses - from dentistry to law, design engineering to international business, our students have carefully thought about what they want to go on to study after Sixth Form. They have been very well supported by Mr Gallagher, Head of Sixth Form, their tutors and teaching staff. Over the last two weeks, 4 of our U6 students have attended Oxbridge interviews. Sadly once again this year these interviews have had to take place virtually. These students have worked hard preparing for Oxbridge tests, submitting essays and practising for interviews. They can be very proud of all that they have achieved so far. We wish them luck as they await the result of their application over the holiday.

Our sports teams have had many successes - our U15 Netball team won the City tournament and go on to the County tournament next year; we have had our first ever basketball team who were so successful in a recent tournament that they have been invited to join a local league; and a Derby High team entered their first ever table tennis tournament. Pupils across all year groups have been able to represent the school in such a variety of sporting events. Seeing our Year 3 and 4 pupils representing the school for the first time has been very special. Our Tuesday afternoon sports programme for Junior pupils is paying dividends in developing skills and participation. Our recent Junior House hockey tournament saw a great standard of play alongside pride and enjoyment.

The Senior House Drama competition earlier this term showed the strength of acting performance in the senior school. It was particularly special to see so many new students taking part. We very much look forward to the Senior School play, The Importance of Being Ernest, and our Lower Junior and Year 5 Musical Productions which will take place next term.

Our pupils have been tremendous once again, throwing themselves fully into their academics and everything that is on offer in our varied co-curricular programme. They certainly deserve a well-earned rest this holiday.

At the end of this term we say goodbye to two members of staff. Mrs Lydia Naughton joined Derby High at the beginning of term to cover Mrs Steer in the English department. We thank Mrs Naughton for her work this term and wish her well as she moves on to a permanent position in Burton. I am delighted to let you know that Mrs Steer’s treatment has been successful and she is very much looking forward to returning in January. Mrs Liz Coggle joined Derby High in 2019 as a teacher of mathematics. She has been a great support both academically and pastorally to many students. We wish her well as she moves to Long Eaton School in January.

Finally, I would like to wish you all a very happy family time at Christmas and look forward to the students returning on Thursday 6th January 2022.

We are delighted to share our Senior Christmas Concert with all parents today. The concert is wonderful combination of songs, instrumental ensembles and our orchestras, filmed in the Senior Hall and the Devonshire Suite.

Well done and thank you to all our performers. To watch the concert please click here. 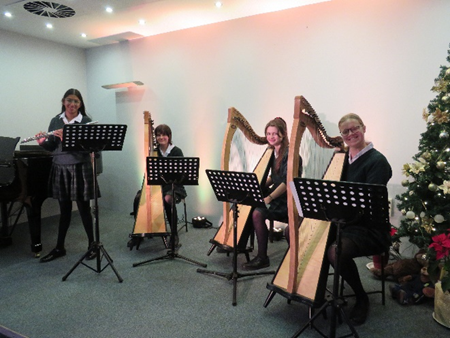 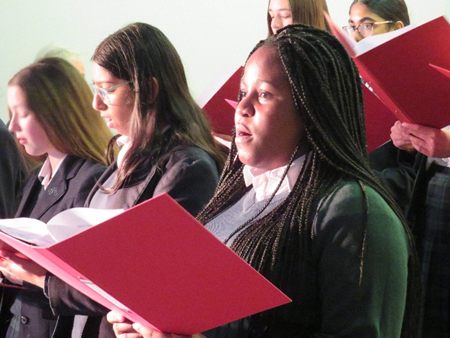 I would like to thank everyone who has been involved with creating this wonderful service. 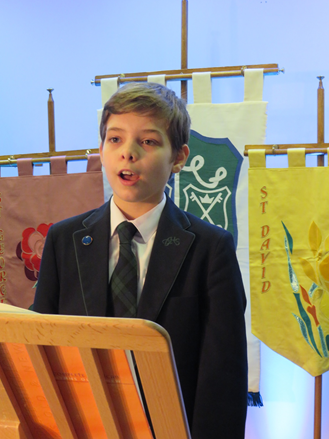 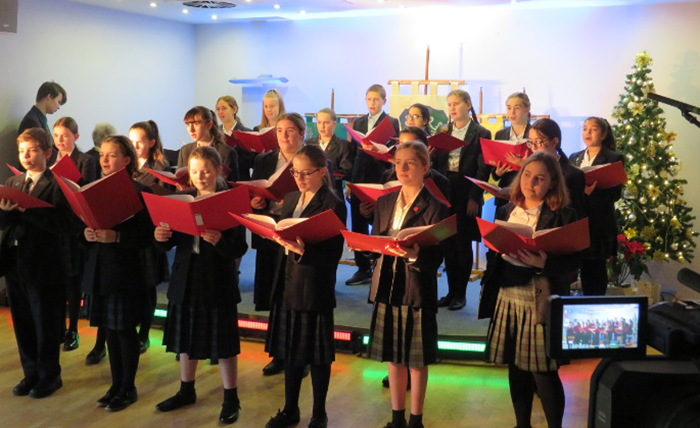 Along with the title, she will receive an invitation to play in an international tournament for Team England.  Very well done!

In Religious Studies, L42 have been learning all about what God is like in Hinduism, Islam and Christianity. They finished the term playing board games they had all designed and created themselves, with the aim of anyone playing the game being able to learn all about the topic. Well done, L42! 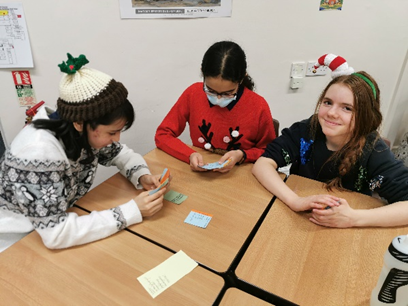 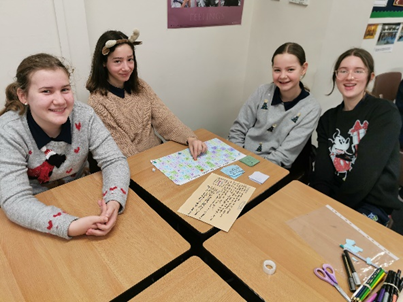 Lucy (Y7) went racing this weekend at Hunts Kart Racing Club in the minimax class. She managed to come second in both heats and as a result, started on the front row for the final. She was pushed into the grass at the first corner and fell back to 8th position. She battled back to fourth and then on the last lap all four were jostling and there was an incident which Lucy managed to avoid taking her into second place! She was gaining rapidly on the leader but couldn’t quite catch him before the chequered flag (finishing 0.46 seconds behind him!!). Lucy also got the fastest lap of the final and as a result of this podium she has finished second in the 2021 HKRC championship! Well done, Lucy! 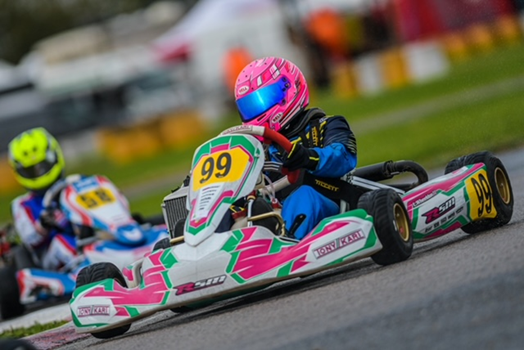 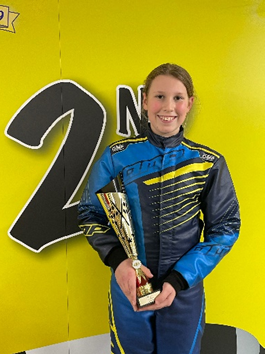 Today, we watched the final of House Debating. The motion was 'This House believes that Harry Styles is more relevant than Shakespeare'.

Both teams argued admirably.  St. David, however, were victorious. 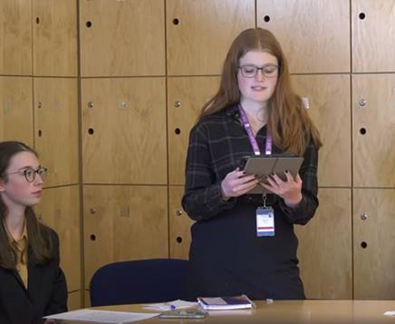 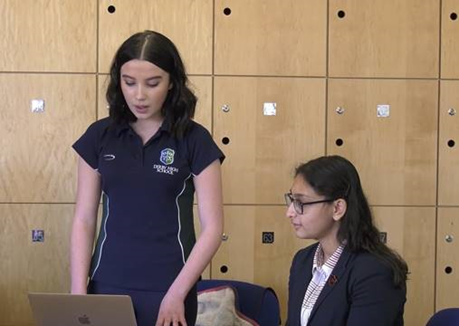 Megan, a Spanish student in L6, sent a letter to the Spanish King and Queen, (El rey Felipe y la reina Doña Leticia) to tell them how much she loves learning about the Spanish language and culture and that she is looking forward to studying the Spanish monarchy in U6. This weekend, Megan and Señora Martínez were delighted to find out, she got a reply! 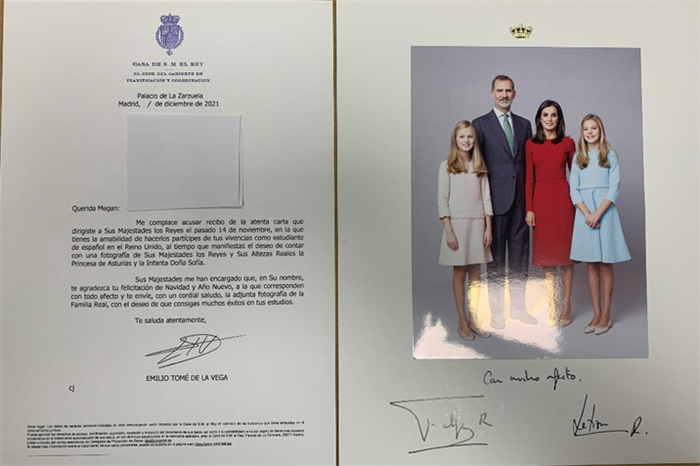 Previously, often children would use the Discord app to have conversations, share tactics etc. with their friends whilst playing their online games. But curiously the popularity of Discord has increased massively post lockdown and the majority of people are using the app just for messaging purposes. The age requirement for Discord is 17+ so the majority of our students should not be using this app, yet lots of them are.

Here is a link to THIS article from Internet Matters which has advice and guidance, including privacy settings, filtering comments, blocking/reporting and more.

Instagram have released a brand new guide for parents containing lots of useful information such as:

Although the guide is targeted at parents of younger teenagers, we all know that younger children are using Instagram, so it is definitely worth having a look at the guide which can be found HERE.

This week has flown by, and for our U5 it has been a busy full week of mock examinations. Our U6 have now completed their mocks and are receiving their grades along with advice, support and targets to ensure they achieve their potential in the summer. Mock examinations are an essential part of school life because they enable the students to experience the closest thing to actual GCSE and A level exams and then to reflect on areas of strength and areas that require development, to ensure they are fully prepared for the exams in the summer.

I am delighted to announce that Mr Richard Gould has been appointed to the newly created role of Assistant Head (Academic) in Primary. Mr Gould will take responsibility for managing curriculum, assessment and reporting, joining Mr Harper and Mrs Youngman, Assistant Head (Pastoral) as members of the Whole School Leadership Team. The Leadership Team has been expanded as a consequence of the growth in numbers in Primary over the past few years.

We have had a very successful, busy week. The weather has been wonderful, and has enabled lots of great sporting activities to take place. I have been delighted to see rehearsals well underway for our Senior School production, The Importance of Being Ernest. Thank you to everyone for following our covid measures, keeping everyone as safe as possible. I am pleased to say that currently no one in senior school is isolating with covid and only 1 isolating in primary. There will be new measures from Monday January 17th, where isolation is reduced to five days, as long as a negative test is achieved on day 5 and day 6.

We have had a very successful, busy week. The weather has been wonderful, and has enabled lots of great sporting activities to take place. Thank you to everyone for following our covid measures, keeping everyone as safe as possible. I am pleased to say that currently no one in senior school is isolating with covid and only 1 isolating in primary. There will be new measures from Monday January 17th, where isolation is reduced to five days, as long as a negative test is achieved on day 5 and day 6

Happy New Year! It has been wonderful to welcome back our students this week for the new term. We started the term with a whole school assembly with everyone, from pre-school up to Sixth Form, joining on Teams. We had hoped to be able to slowly start to bring back in-person events such as assemblies and occasions with parents coming into school, at the beginning of this term. Unfortunately the latest, more transmissible variant of Covid has led to us postponing these plans, hopefully only for a short while. I will keep everyone informed of any changes to our current safety measures.