Student feedback is really important in ensuring what we are doing across our whole provision is right for our students. Following feedback in the student survey and food forum about break time snack provision, we asked the catering team to think about different options and also create a snack menu. Today we had our first food focus group where students were invited to feedback about the break food provision and hear about changes being made after half term. The group of students today provided excellent feedback, not just about taste but also ease of eating during break. As you can see from the photos, there are going to be some exciting options available, with either a savoury or sweet snack each break in addition to fruit. 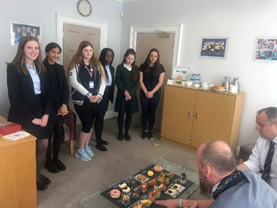 As we come to the end of a very busy half term, I would like to take this opportunity to thank every member of our school community for the positive and understanding way that each and every one of you has contributed to ensure we all keep as safe as possible.

I wish everyone a good two week break. I hope you and your family stay well and have a chance to spend quality time together.

We are delighted to share with you our Harvest Festival Service. The students enjoyed recording this years’ service, taking time to reflect and think about all the things we are thankful for.

Thank you to our school community for all the generous donations we have received for our Harvest collection. The collection has been donated to the Padley Centre and Derby City Mission, who were overwhelmed with the amount of produce given and wished to also pass on their thanks. 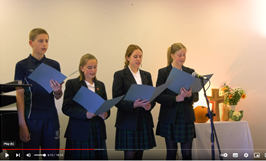 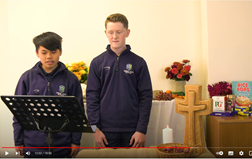 Indiana in U3 has just been shortlisted as one of the regional finalists (East Midlands) for the Royal Mail ‘Heroes’ Stamp design competition. An incredible 606,049 entries were received and she is down to the final 120.

From the 120 regional finalists, a special panel of judges will now determine the winning 24 regional designs and these will be announced in November. Then, from these 24 entries, eight winning images will be chosen as official Royal Mail stamps, which will be signed off by Her Majesty the Queen. They will then appear on millions of items of mail across the UK when they are issued in the spring of 2022.

We wish her luck with the final stage. Well done Indiana, an incredible design! 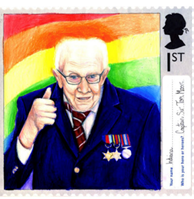 On Monday evening after school the L6 German group and Miss Kelliher attended an online seminar hosted by the University of Warwick about linking language, culture and identity. It was very relevant to the A-Level syllabus and there were some very interesting views from other German students in the UK.

At the beginning of term we launched a creative writing competition on "What place do books have in your world?" The responses were of a very high standard but the winner was Lucy (U5) with a fantastic poem. The poem, along with second and third prize entries from Lara and Zainab in U4, are on display in the library. Well done to everyone. The library team will be announcing the next competition after the half term holidays. 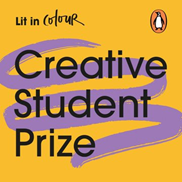 On Thursday, the U15 netball team travelled to Woodlands School to play in the City Tournament. The tournament was set up with 2 pools, 5 teams in each pool, 1st and 2nd from each pool progressed through to a semi-final and final. Games were 5 minutes each way, with a 1 minute break for half time.

Unfortunately we missed the first half of our game against CODA, as they sadly hit traffic and arrived late to the tournament.  This meant that CODA forfeited their game and we were award points for the win. CODA arrived in time for us to play the second half. Derby High started excellently and finished that game 7-0.

We then went on to play Noel Baker, Ecclesbourne and Chellaston. Derby High won all games and progressed through to the semi-finals. The semi-final was against Littleover, who fielded a strong defence. Our team was effective in both attacking and defensive play and secured a victory to progress into the final, against Woodlands, the host school. Despite home advantage on their side and a loud crowd of Woodlands support, Derby High played with confidence and won!

Congratulations to all of the team! It was a well-deserved win with everyone playing to their strengths. Defence had high energy and put continual pressure on the opposition; centre court players supported play at every moment and were the ‘play makers’ of the tournament; attack were consistent in their delivery and effective at creating space and finding opportunities to score. Well done!

“We trained for the whole day doing pool work, training on land and also learning about food and nutrition. In the pool we learnt about the swimming world class basics which are the fundamentals that are key to improving your technique. I also got to enjoy swimming with Anna Hopkin, who won a Gold Medal in the Olympics. We also got a talk with Luke Greenbank who won a bronze medal. At lunch we were joined by World Champion Adam Peaty who gave an inspirational talk on how to find the motivation for our training.” 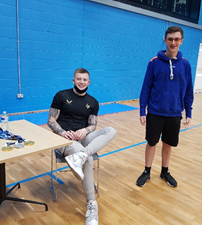 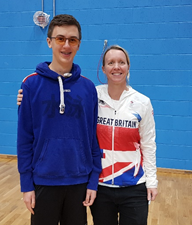 Darcy (L6) competed at a British Show Jumping event at Pickering Grange EC last weekend. Darcy competed in 2 classes, the 1m open and 1.05m Dodson and Horrell.  Darcy and Pippa rode double clear in both classes, unfortunately picking up time faults in the 1m. However this encouraged Darcy to pick up her game for the 1.05 class riding a brilliant round for 2nd place! Well done, Darcy!! 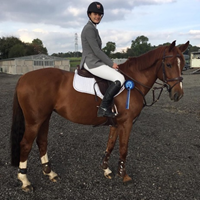 This is a highly regarded qualification taken by the majority of our Sixth Form students.  This year sees another very high number taking it in L6 and as always they have come up with some amazing topics for their Projects, including:

Cardano Blockchain in the developing world, use of opioid substitute therapies in treating addiction, design of safety helmets for Afro hair, misdiagnoses of menopausal symptoms, ethics of genetic modification of embryos, nanotechnologies in pharmaceuticals, use of service animals to treat mental health issues, the use of Artificial Intelligence and MRI Scans with autopsies, is contemporary French a non-inclusive language, the ethics and laws of assisted dying in the UK, impact of the Green agenda on industrial design, and the influence of migration on French language and culture!

Our U6 students are coming to the end of their projects and will begin to do their presentations after Half Term, with some equally fascinating topics here too!

For the last two weeks in their ICT lessons our U5 students have had the option to take the "gold standard" skills profiling test called Morrisby Profile, which gives highly accurate insights into their aptitudes, preferences and a wealth of information about career pathways, salaries, qualifications needed and much more.

We are also pleased to attach a link to the October Parents and Carers pack from Amazing Apprenticeships.  The school has held the accolade as Apprentice Champion for the last 5 years and Apprenticeships / Degree Apprenticeships are improving all the time both in diversity and quality.  If you have any questions about any aspect of Careers Guidance do please get in touch with Mr Lee.

I'm sure that you are, by now, familiar with the phenomenon, Squid Game, on Netflix. This programme portrays a dystopian world, a little like Hunger Games, and while it is rated 15, is being watched by those a lot younger, including primary students. This could be happening direct, or via video clips on platforms such as TikTok.

These young people are beginning to not only play these games in the playground but also to set online challenges linked to the tv show. There is also a linked game of the same name on Roblox, which we know a lot of our students in primary and early seniors play.

It is important that we don't raise this with the young people directly as we don't want to alert them to something they haven't yet come across, but if you hear them talking about this, do engage them and discuss the dangers of such things.

Here are a couple of useful links:

Another busy week at Derby High has concluded with the much anticipated return of House Drama. Following a year’s break due to covid, it has been brilliant to be able to bring back this wonderful DHS tradition. House competitions, whether they be sport, debating, drama or music, always stir up great passion, camaraderie and excitement. In line with our covid safe measures, performances were live-streamed into form rooms this afternoon for all students to watch together - and I have been fortunate to be able to see it at home, whilst I am isolating with Covid. It has been a fabulous afternoon, with great performances and teamwork both on and off stage.

It may have only been a three day week, but this week has been full to the brim. Year 5 enjoyed National Space Day yesterday and on Monday we welcomed nine visiting schools for an Upper Juniors’ netball festival. It is fantastic to see our outdoor Christmas tree return to the Head’s Lawn. Christmas preparations are in full swing with lots of rehearsals and recordings for our Christingle, Christmas productions and Carol Service. We look forward to sharing these performances with you in the coming weeks. I wish you a restful, extended weekend. The exeat gives everyone the opportunity to recharge batteries ready for the final weeks of the term.

This week has been Anti-Bullying week, with the theme “One Kind Word”. It was wonderful to see the array of odd socks pupils were wearing on Monday, starting off the week so positively. On Thursday, assembly was taken by a group of Year 9 students who performed some lovely sketches and discussed how important it is to stamp out bullying. We finished the week with all the children dressing up in support of Children in Need. So many wonderful outfits, this is always a lovely day each year.

This week has been Anti-Bullying week. From odd socks, to good vibe messages and post-it notes on lockers, our students have embraced the message “One Kind Word”. I want to particularly thank our U4 students and Mr Ince who have been the driving force behind so many key activities. Children in Need is always a wonderful day in school, where we see tutor groups dressing up in different themes for a very important charity. There has been a wonderful array of outfits, I am always so impressed by the ideas and thinking behind the themes. Special mention must go to the staff, whose theme was crazy hairstyles!

It is always wonderful to hear how well Derby High alumni are doing in their careers. This week I was at Derby Royal with my daughter for a minor hand operation. Arriving in the anaesthetic room, we were greeted by the anaesthetist who told us she went to Derby High, completing her A levels some 12 years ago.