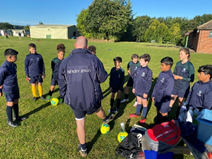 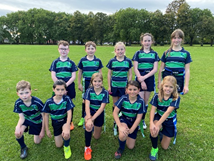 I have been so impressed with the great team work, enthusiasm and sportsmanship shown by our pupils. It is wonderful, after almost 18 months with little or no competitive sport, to see our pupils out on the pitch, with parents again able to come along and watch from the side-lines. I wish to express a huge thank you to Mr Horne, Mr Harper and our PE department for organising such a fantastic number of fixtures both for this term, and beyond. It is impressive that we have such a full fixture list, with the most number of fixtures in a term that we have ever had at Derby High.

Our squad of 10 arrived at Loughborough Prep School in the morning of Wednesday 6th Oct. The team didn’t waste any time getting into a warm-up and the squad split into 3 small groups and started working on some drills.
Each game was 10 minutes one way, with a 5-minute change over between games. The tournament included 8 teams, playing a round robin, with the top 2 teams going through to The National Finals at Millfield in November.
The nature of this competition meant we would be facing some strong individual players and teams that have played and trained together for a long time. This didn’t stop our children having a positive attitude and facing every game as a new challenge we could win. Although we didn’t manage to achieve the results we were hoping for, we made lots of personal and team achievements throughout the competition. Ruby, Rory, Arjun and Adi were able to develop their defending skills, taking on Mr Horne’s feedback of keeping goal-side and dropping back as a team. Caio, AJ and Morgan, developed their attacking play, making some great decisions when their team was breaking forward, making shots on target and scoring goals. Ismail and Khyan developed their midfield play, pushing forward when their team was in possession and dropping back to defence. Then we have George, who gave it his all. Playing every single game as our goalkeeper, putting his body on the line to stop goals. Throughout the tournament he was able to develop his placing of the ball on both a kick out and throw.
Congratulation for competing in your first IAPS U11 Qualifier, it is important that, although we didn’t come home with a win, we use our experience this week to get better and stronger. 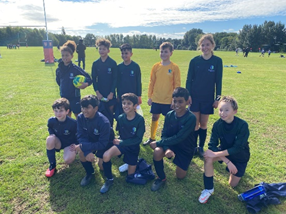 On Tuesday 5th October a Year 3 and 4 mixed hockey team played 2 games against The Meadows Primary School on the astro turf at Moorways Stadium. We played 4 quarters and had lots of great game play. Many of the team members were playing their first ever competitive game!
We saw lots of good team work resulting in lots chances to score goals. The children enjoyed the experience and were especially excited to score a goal. The Meadows eventually won 3-1.

Afterschool on Wednesday saw our first Tag Rugby fixture of the year at Normanton Park against Dale Primary School. It was a great opportunity for the team to put all of their skills into practise against another team. We played two games against each other and had some excellent performances across the matches.

In game one, after taking an early lead, Dale came back and found themselves one try ahead. But some excellent work down the wing by Alice led to a superb try by Phoebe, which was the score of the day! The scores went backwards and forwards and as the final whistle blew, Derby High found ourselves 9-8 winners.

Game two had Dale and Derby High swapping tries with each other as our defensive line struggled with the pace of one of the Dale players, who was regularly skipping past our back line to maintain pressure on the team. It wasn’t long before the quick feet of Jakey began to waltz through to regularly keep the score going. A few handling errors towards to end meant the final score was much closer than the performance showed, with Derby High coming out 12-11 winners.

Well done to all the players for their excellent effort, performance and sportsmanship in making the afternoon such fun! 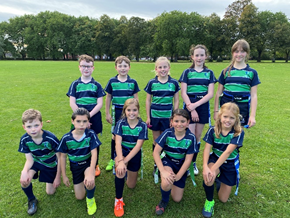 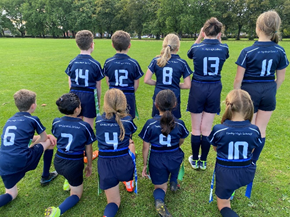 The U11 football team took part in their next set of league fixtures on Thursday. Many players were making their debut representing Derby High and, although we were unfortunately defeated in both fixtures, some fine football was on show.

A special mention to Noah for his two thunderous strikes in the first game; Finian for his resolute goalkeeping under fire, as well as Cameron running himself red on the wing and Hamdan and Aarav putting their bodies on the line! But a big well done to all those involved for representing the school so well and gaining valuable match experience. 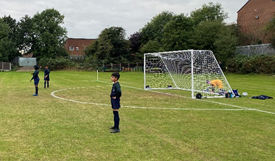 On Monday we were delighted to share our first Primary Tea Time concert. A series of recorded concerts to provide an opportunity for our Primary pupils to showcase their work they are doing in lessons and at home.

Thank you to all our performers who contributed to this wonderful concert. We hope you enjoy watching this recording as much as the children did recording it. 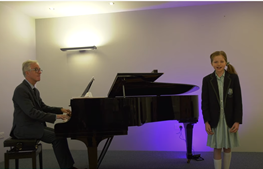 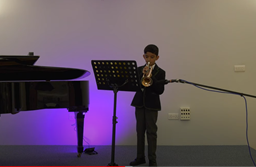 Dr Ngwerume put Year 6 science skills to the test this week as they designed an alarm to prevent Mr Harper from breaking into their cupboard to eat the biscuits! The children created an alarm from scratch by learning about circuits and the fundamentals of each component required for the circuit to work. 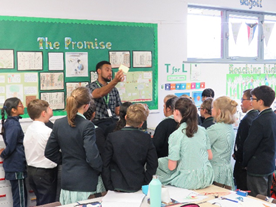 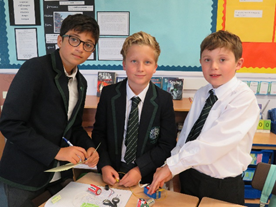 Further to the High Post on 24th September please can we remind all parents to complete our annual data check. It is essential this is completed by all parents to ensure all data is up to date. Thank you.

An increasingly popular app with students is Discord, where they can talk to their friends whilst online doing other things.  Here is a useful parent guide:

This half term has been incredibly busy with pupils and staff taking part in the full range of school activities, with weeks packed with sports fixtures, trips and a range of clubs and activities, along with making good progress across the full range of academic subjects. I would like to take this opportunity to thank every member of our school community for the positive and understanding way that each and every one of you has contributed to ensure we all keep safe.

Student feedback is really important in ensuring what we are doing across our whole provision is right for our students. Following feedback in the student survey and food forum about break time snack provision, we asked the catering team to think about different options and also create a snack menu. Today we had our first food focus group where students were invited to feedback about the break food provision and hear about changes being made after half term.

In my live assembly this morning it was wonderful to be able to present the first House trophy of the year for House Netball, when the House Captain of St Andrew came down to my office during assembly to receive the trophy. I am looking forward to many more house events as the year goes on - it is such an important part of life here at Derby High.

The 2015 film “The Good Dinosaur” imagines that the dinosaurs were not wiped out, but instead evolved to become like humans. The main character Arlo belongs to a family of dinosaurs who are farmers. His job on the farm is to look after the chickens but he is terrified of them. Arlo cannot overcome his fear of the chickens. His parents try to encourage him, but his brother teases him and calls him a coward. In the course of the film, Arlo manages to overcome his fears with the help of his human friend, Spot. An old Tyrannosaurus Rex tells Arlo, ‘You can’t get rid of fear but you can get through it’.